Those are the words of Tiruye, a 27-year-old single mom. Her husband had been the main income earner in the home, but following their divorce, Tiruye realised she had to work to help support herself and her two-year-old son. She was able to get a job as a waitress at a small café, but she then had to figure out who could care for her son while she worked. At times she was able to leave him at a neighbour’s home, but this made her uncomfortable. She didn’t like having to constantly ask for favours and she could never be fully confident about the safety of her son.

The affordable childcare service is a market-based intervention developed in partnership between LIWAY and several public institutions, including Dagmawi Menelik Primary School. The opportunity for the intervention was identified through LIWAY’s assessment of how the labour market system disadvantages or excludes poor women and youth.

The assessment highlighted a lack of pro-poor childcare services, which constrains low-income women from participating in the workforce. Childcare services in public institutions primarily cater to employees. Although they have sufficient operational space to service the broader community, they lack key facilities, as well as the ability to fully cover nanny fees due to provision of free services to employees. This was the case with Dagmawi Menelik Primary School.

LIWAY shared investments to equip the Primary School with additional childcare facilities and employ trained nannies to test a new model of using surplus space at public institutions to extend childcare services to low-income women in the community. To date, Dagmawi Menelik Primary School has registered more than 40 children from its staff and the surrounding community, one of which is Tiruye’s son.

Today Tiruye can go to work without worry. She knows her son is well cared for, and she can cover the childcare fees with enough left over for other needs.

Many more low-income women like Tiruye are benefiting from the LIWAY intervention, which includes three other public institutions. The intervention has demonstrated the model of using surplus space on public institution compounds to develop new childcare services or expand existing services to serve low-income women in surrounding communities. With more than 150 public primary schools across Addis Ababa, scaling up this model will increase incomes of a large number of women by enabling them to participate in the workforce while their children receive affordable quality care. 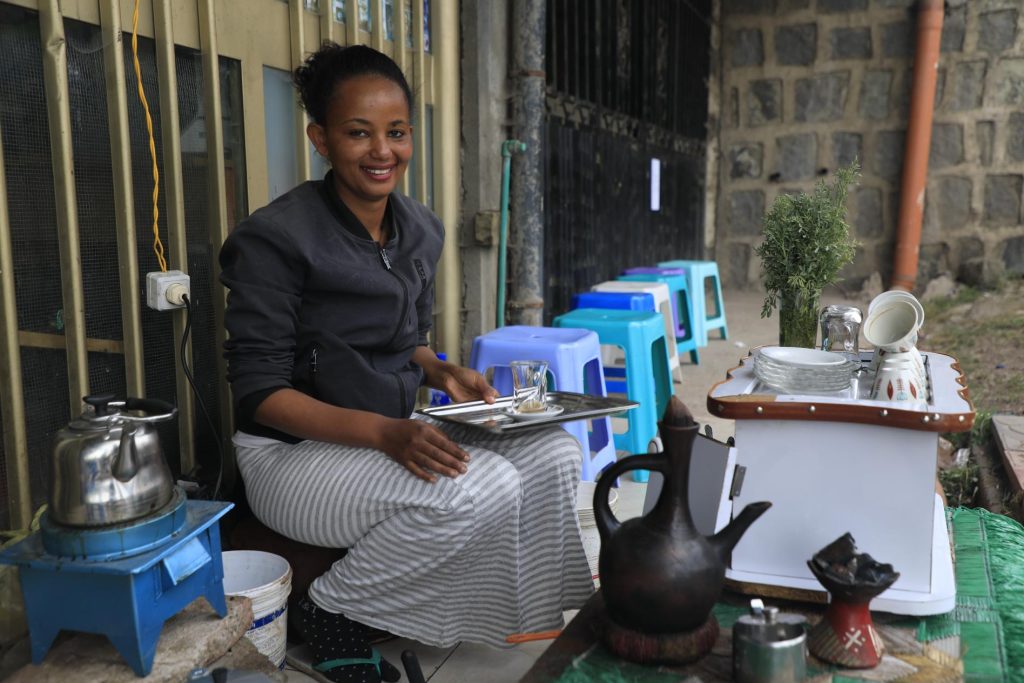 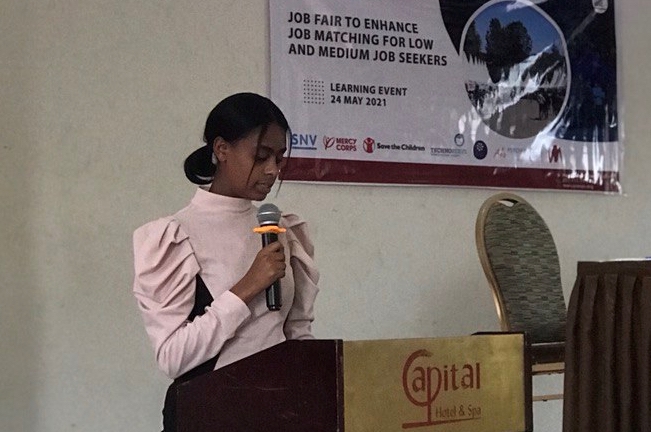 Turning waste into cash and employment opportunities for women and youth

Rosa’s dreams are realised with the help of HellooMarket